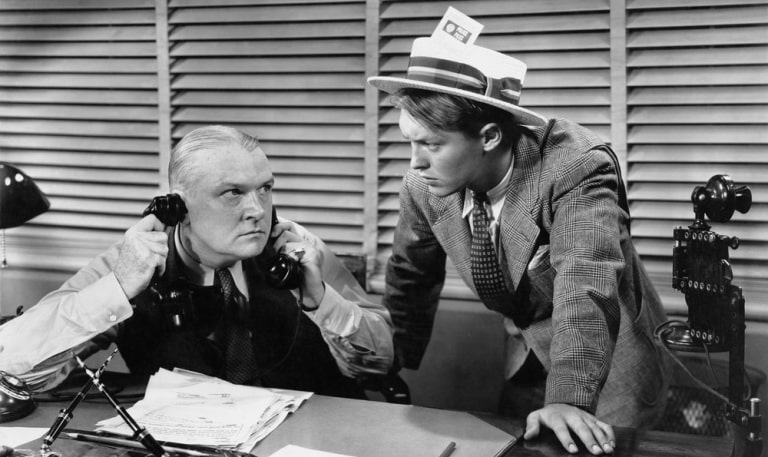 Picture Editor, some advice. (with tongue firmly in cheek)

Picture editor, here’s a guide for you, some solid advice about how to best extract award-winning photography from those in your charge.

1) Picture editor, be sure to tell the photographer EXACTLY how to take the picture.
That way, he won’t make any mistakes while executing your idea. In
fact, if you knew how to work the camera, you’d just go do it
yourself, you genius you. When your boss asks, be sure to disavow any
knowledge of where the photographer got such a lame idea.

2) Picture editor, when setting up the assignment, be sure to tell the subject or his
“people” that the shoot will only take a few minutes. Then, when you
call the photographer, tell him that the subject has agreed to a few
hours. Oh, what a surprise that will be! When doing this, it’s also
best to tell the photographer that your expectations are very low due
to the difficulty of the assignment. Then, when you get the pictures,
act as though it was the easiest assignment you ever handed out and
you can’t understand why he had any trouble.

3) Picture editor, when you’re trying to come up with a concept for a portrait or
feature, make sure that it’s something you’ve seen before. That’s a
sure way to know that it must be a good idea. If the photographer
suggests something you can’t visualize, it must be a bad idea and you
should reject it right away. Tell the photog to lay off the
hallucinogenic drugs and start reading some great picture magazines,
like the Enquirer.

4) Picture editor, don’t let the photographer see the take after it’s shot and above
all else, don’t let him edit it down. Why on earth would he care what
the pictures look like anyway? He doesn’t have a visual sense or
anything. In fact, it’s a wonder he even knows when to push the
button. Most importantly, by viewing the take, he might find something
you missed—like the picture of the game— and we can’t have that now,
can we? As long as that never happens, your reputation is intact.

5) Picture editor, don’t ever call to tell the photographer you liked the pictures. He
probably doesn’t care what you think anyway, and besides, you’re too
busy to take the two minutes to call. After all, he’s probably busy
after traveling hundreds of miles, carrying a dozen cases of
equipment, standing in the snow, waiting for an hour while the subject
primped and staying up late to get the images out. Nah, that two
minute call for an “attaboy” is too much trouble.

6) Picture editor, if the images weren’t what you were looking for, don’t call then
either. Why would a photographer want to know that? It might hurt his
feelings and change the way he approaches the next assignment for you.
No, better to let him continue down his erroneous path. That way, you
can just stop using him while telling everyone “he blows.” If that
doesn’t work, call and rant at him for twenty minutes. That will let
him know who’s boss. Besides, you have all that time left over from
the “attaboy” calls you never made.

7) Picture editor, when your “button-pusher” actually does get a great photograph
(miracles do happen), be sure to take the time to spell his name wrong
in the credit. This will help to keep him a secret from other
publications that might like to use him as well. An alternative is to
make the credit a group credit. That way, readers won’t know who shot
which picture and everyone on the list can take the credit for the
best shots. And by all means, make the credit small. No one reads them
anyway.

8) Picture editor, always tell the photographer, “it’s a rush.” That way, you’ll be
sure to have the images in your hot little hand as soon as possible.
It doesn’t matter that the story isn’t running for six weeks. Missing
dinner, sleeping, or driving a hundred miles to the nearest
electricity or airport is all just part of the job, especially after a
twelve hour day on the road.

9) Picture editor, crop everything. Those silly photographers don’t know anything
about composition, so you’ll have to do it for them. Crop out anything
extraneous. Arms, feet, balls or any “storytelling” element that the
photographer might have mistakenly gotten in there. Crop as tight as
you can. All that extra space just wastes ink and paper. As an
alternative, manipulate the image in PhotoShop. Move the ball, add a
puck, and take out a teammate. That’s what the program was meant for.

10) Picture editor, finally, throw a party at the photo shoot. Bring your significant
other—-who always wanted to meet the subject—-a few friends, the
writer, an editor, your mom and anyone else you’d like to impress. I
know that when I’m being photographed, the more people standing around
gawking at me the better. Make sure you have loud music playing to set
the mood. That way, the subject won’t be able to hear the idiot
photographer’s directions. Be sure to talk to the subject while the
shoot is taking place. That will help to “loosen him up.”

P.S. —- If you’re a shooter, and an editor you work for exhibits some
of these tendencies, run—don’t walk—to another publication. There,
you will likely find an editor who encourages your ideas, supports
your efforts, backs you to the boss and will likely make you a better
photographer. Give 100% for them and you will be rewarded with some of
the best images of your career.