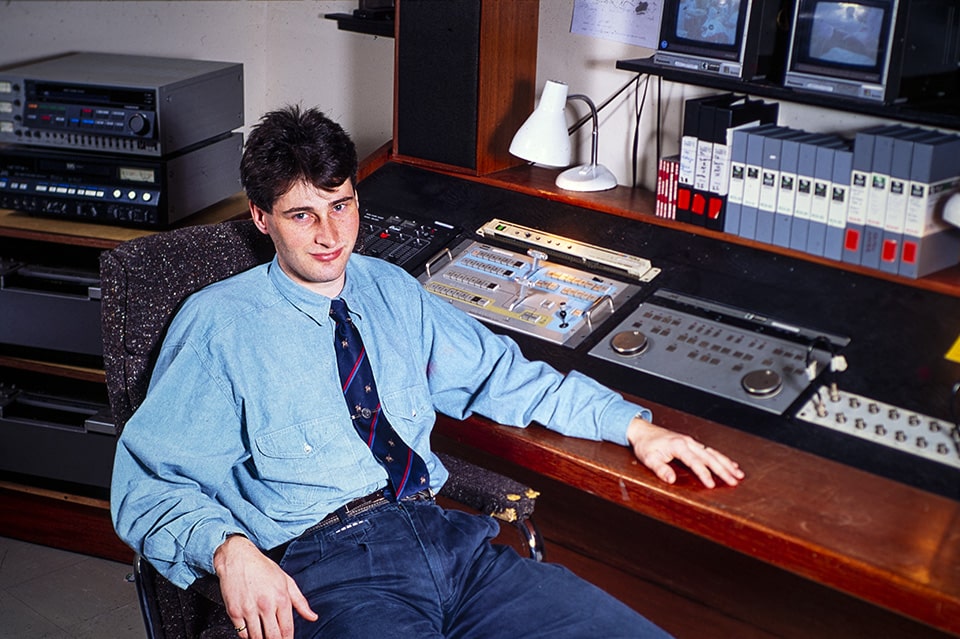 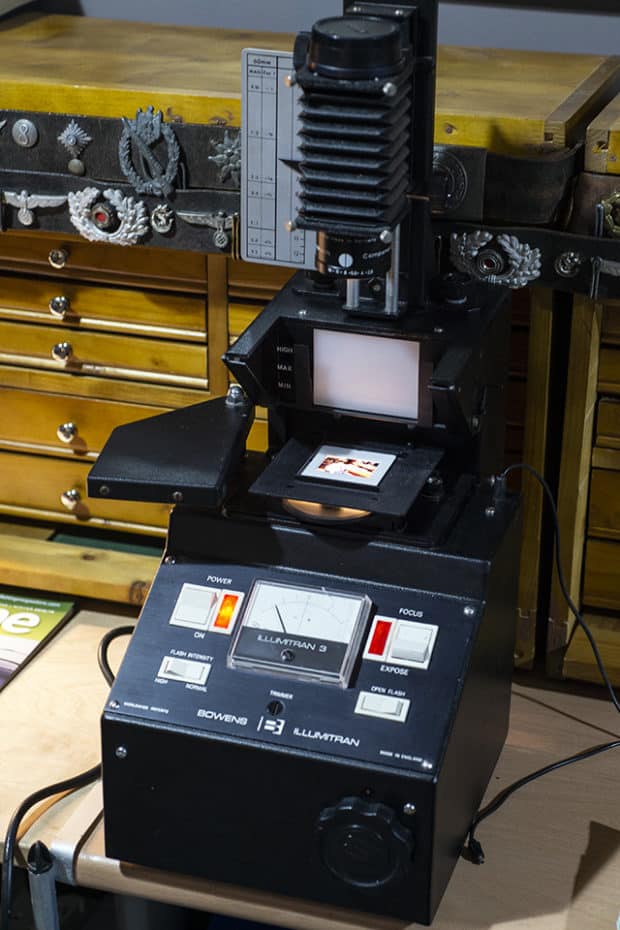 I’ve been a Professional Photographer for over 30 years, and sometimes things take me back to my early years. I was giving a talk to a Camera Club the other night. They had some old donated gear in the corner, for members to take away, use, play with, whatever… Amongst the gear I noticed an old Bowens Illumitran. I mentioned in the talk how it took me back to my early years as a junior medical photographer.

Part of my duties included slide copying and I shudder to think how many thousands of 35mm transparencies and lith slides I copied using this bit of equipment. It really was the best slide copier ever, with a nice bellows attachment, contrast control unit and a Schneider-Kreuznach flat field copy, enlarger lens.

After the talk, they presented the Ilumitran to me as a gift, I was literally blown away, offering to donate to their funds but they wouldn’t let me. We eventually agreed that I would make a charitable donation, which was a nice gesture.

Carefully transporting it home, I cleaned the dust off it and plugged it in. Still working, and amazingly I was transported back to the mid ’80s and my hands worked the controls like it was only yesterday. I have literally thousands of 35mm transparencies that belonged to my father, mainly holidays and family days out, so looks like I may eventually get them digitized. Luck was on my side as the bellows camera attachment was Nikon. Nice one, however… modern Pro DSLR’s are just too deep to fit on the bellows. Must pick up something that will fit. 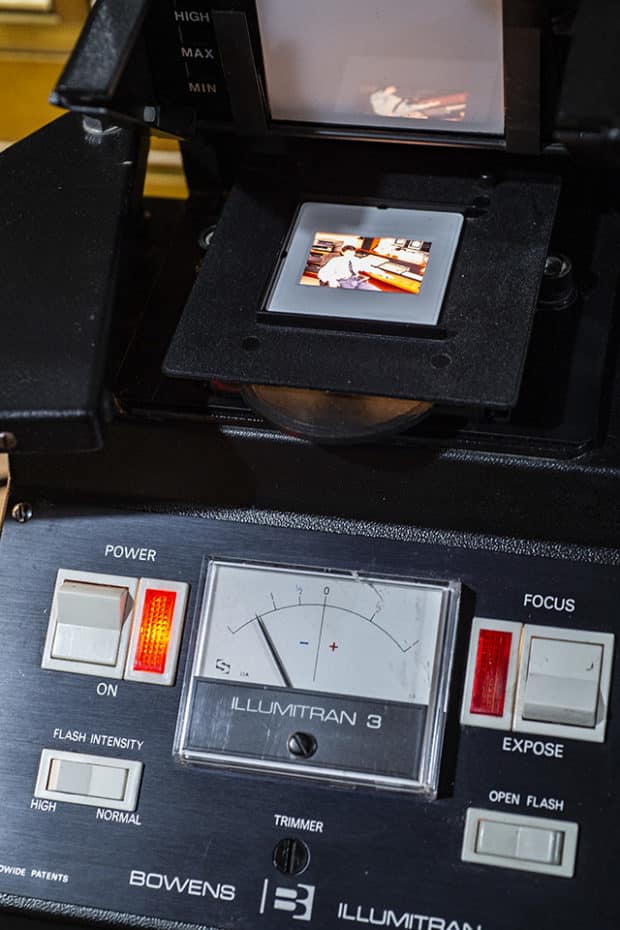 I did find a slide that made me chuckle, a pic of myself sitting in the very studio that I used the Bowens Illumitran, but at our video edit suite back in the mid ’80s. Happy days.

Now, all I need to find is a Leitz Reprovit, the best copy stand EVER, a Bowens Blaster and maybe a JVC KY1900 video camera.

Things have totally changed in this business, film is dead, a lot of the craft that I learned as a junior is obsolete now, which is a shame. I was proud of my darkroom skills, B&W, C41, E-6 and Cibachromes.

I’m sure I could still use a Weston meter, a manual metered Nikon F2, dev some FP4 and print up some glossy 10×8’s but would I really want to? Am I just getting old, or am I just lazy with my Nkon D4S’s and Photoshop?

The playing field has definitely been leveled when it comes to getting a well exposed sharp image but what I have found is that whilst it’s easy to get a technically acceptable image, it’s still as difficult to get the RIGHT image or a GREAT image.

I’ve always said that a camera is just a beer bottle at one end with a bit of film at the other, although these days it’s a digital sensor at the other end. The photograph isn’t taken in the camera, it’s taken in the mind and in the eye. That’s why, thankfully, it’s still as important to use a Professional Photographer.